Chapter 5. The True Taste of Love

In order to reduce attendance hours at the base, I was accepted to the Technion University for postgraduate studies in software engineering.

I can not say that I really dreamed and wanted to study the degree, I just knew it would give me the opportunity to leave base several times a week at two in the afternoon and not return to it again that day. At the Technion, no one checked me out - whether or not I attended lectures. The main thing is to pass exams successfully. My presence itself did not interest anyone.

It suited me very well. I hardly attended lectures at the Technion. Yevgeny also studied for me - we were accepted together to the Faculty of Software Engineering. He attended all the lectures and studied. A week before the exams I would take the summaries from him and prepare. I would get a passing grade and that was enough for me. After all, in hiring, no one checks grades. So what's the point of making an effort to get 100?

Once, during one of the breaks, I met a guy who worked at the university, in the part-time study unit for permanent staff. We talked, became friends and it turned out that he was just looking for a lecturer for the studies of permanent students undergoing academic training, in order to increase their salaries. The lecturer should have a degree in mechanical engineering. This is exactly the degree I had. I asked:

"What exactly should I do?"

"I organize groups of permanent staff, enroll them in a course and you will teach them mechanics and physics. Are you well versed in these professions?"

"Of course. This is what I learned in Ben Gurion, in Be'er Sheva."

"The military pays for each student. After all expenses there is $150 left for each course. $80 for you as a lecturer, $60 for me as an organizer."

Teaching was new to me and I wanted to experiment. In addition, an order for permanent staff gave me official confirmation of absence from the base.

Within a few weeks the guy organized a first course of 85 people. I started teaching at the Technion.

My students, to put it mildly, were not particularly talented. I had to spend a few hours explaining Newton's simple formula. A class was made up of regular army people - wonderful, kind people, but sometimes I got the impression that the army had managed to empty their minds.

Although I had to chew every formula for them, like for kids - I enjoyed the lectures. I loved to explain, to tell, to teach. People sat in my lectures for 3-4 hours and listened attentively. They enjoyed my explanations of boring physics and mechanics!

Instead of boring theories and tedious formulas, I would bring to the lecture irons, gears, and small motors and I would illustrate all the formulas - I turned every lecture into a show. The students would arrive on time, there was a cheerful atmosphere in the classroom and no one blew off classes. 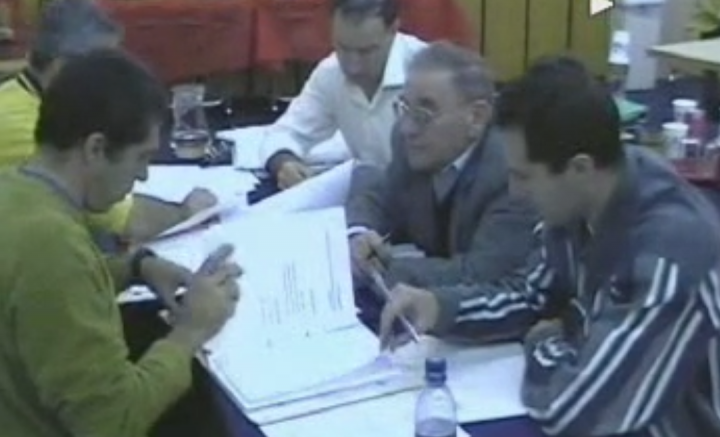 Receiving tests and certificates from my students.

I lectured a lot, teaching 4-5 hours in a row, almost without a break. I would come home at ten in the evening, squeezed like a lemon, but I was not tired!

1. What do you like to do?
2. When you do this, does it fill you up with energy, even when you are physically tired?
3. Do people pay you for it?

If the answers to the three questions are 'yes', then you have found your destiny. Deal with it.
During the whole period I taught 4 cycles, 3 months each.

The service was nearing an end. I was summoned to a military center (Kirya) and informed that I had been exempted from continuing my service for another three years. I was also forced to sign a document, not wanting to return to the Navy. Of course I signed it with great pleasure.

By the way, only now did I understand why I was so easily let off on the last three years. I was a bad example to the other soldiers. If I had stayed in the army, I would have "infected" many soldiers with my entrepreneurial antics. Many soldiers would imitate me. After all, not everyone could be imprisoned :) It was simpler and cheaper to get rid of me, preferably for a long time, and better to win.

After a few months, my military service ended and I decided to return to Ashkelon. If I had stayed in Haifa, I would probably have stayed there forever - I really like this amazing city. But my parents and I are very emotionally connected and we wanted to be together. If I stayed in Haifa, we would see each other twice a month. So I went back to Ashkelon, to start everything again completely from scratch.

Why from scratch again? Where did the money go from the business cards?

I was young and inexperienced - everything I gained from business and teaching cards, I wasted and burned mercilessly: I bought myself a mini-DV camcorder, a big TV, a DVD player, huge 5 + 1 speakers, 322 DVDs with the hottest movies and my first car - Red Opel Astra. 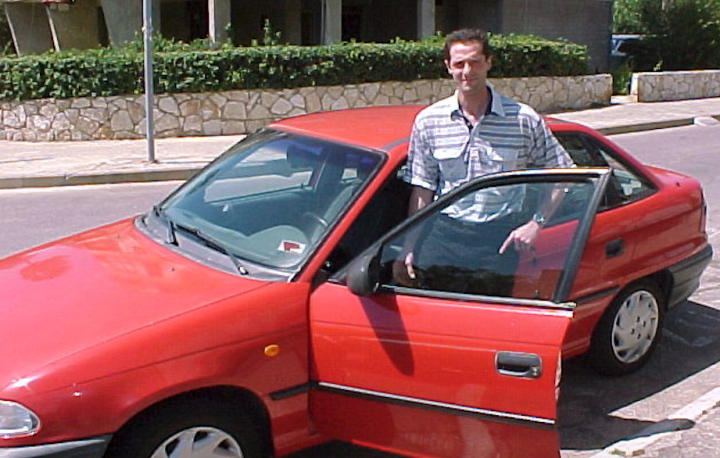 In short, I spent until the end. I had almost no money left, but I earned a lot more than money - I gained experience, a sense of style, a designer's eye, the ability to open doors to any business. However the most important discovery I made for myself was the crazy love of teaching.

A legitimate question may arise to the reader: "Eli, your stories are certainly fascinating, but they do not look like business, but like childish pranks. Where is the business? Where is the big money? Where are the hundreds of workers? Where are the millions? Come on, tell me about it already. That is the most important!"

The fact is, dear reader, that a large business, like a large house, is made up of small bricks. Every experience I had in life became another important brick on the road to success.

In those years I could not even imagine how much the experience of creating a jewelry workshop, the sales of a general health fund, the experience of a graphic designer and the love of teaching would be so effective and useful in the future. At one point all the bricks joined together in the large building of my main business.

The road to great success is very long, but the accumulated experience has helped me overcome the obstacles. That's why I share everything with you, including the details that can show you childishness.

Success does not come in one shot. If you sometimes think you're busy with nonsense - do not rush to conclusions. Maybe this is your way to gain experience and in the future it will serve you.

Not everything is measured in money. Experience, skills, connections, knowledge, ability to plan, organize resources and people, know your strengths - are much more valuable than money. This is something you can not miss. This is something no one will be able to take away from you.
« prev   (1...)   5  6  7   (...26)    next »